While Bro. Luke was still in his mother’s womb, the call of God was spoken over him and the Lord also spoke the name that would be placed on him, “you shall have a son and call his name Luke, and he shall preach the gospel.”

These words stayed close to his mother’s heart and she often said to him, “I’m like Mary, I’ve pondered these things in my heart.”

At the age of 13 years old, the prophecy over his life began to come into fruition. Bro. Luke gave his heart to the Lord Jesus and dedicated himself to Christ.

In the Pentecostal church he began preaching the gospel, He began full time ministry at the age of 17, and at the age of 18 he started pastoring his first church in Melbourne, Florida.

Since that time, his life and ministry has been influenced and shaped by the message of Bro. William Branham.

He has pastored in Florida, Arkansas and for the past 24 years at The Tabernacle of the Lord in Townville, South Carolina.

He has traveled throughout the United States and also foreign nations preaching the Gospel of Jesus Christ.

He and Sis. Lisa have been married for 30 years and they have been tremendously blessed with 7 children (six boys and one daughter) Luke Jr., Elisha, Malachi, Israel, Jeremiah, Zechariah and Abigail. They also have five daughter in laws (Heather, Crissy, Ashley, Katelyn, and Haley) who has blessed them with six grandchildren (Luke lll, Ruth, Jonah, Zoe, Hannah, and Mariah). All of their family is serving the Lord and attending The Tabernacle of the Lord as well. 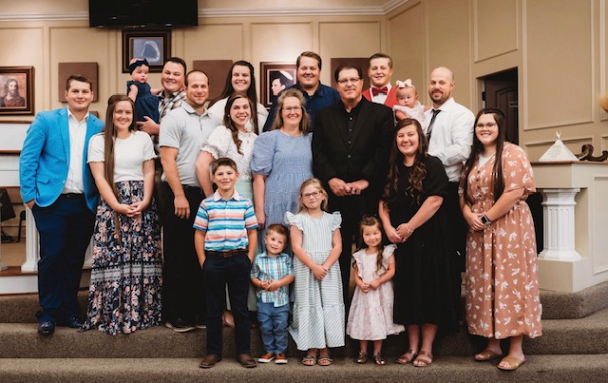